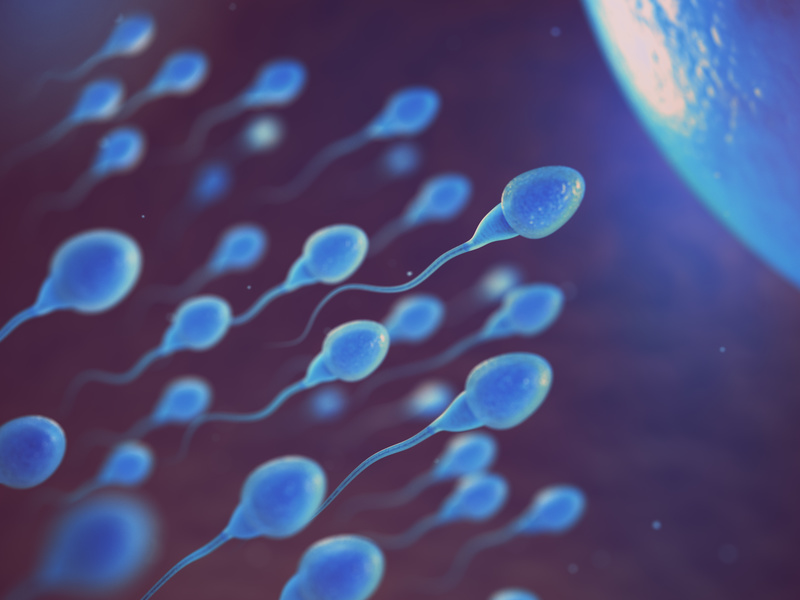 Ibuprofen is one of the most widely used medicines for pain relief. But a recent study suggests that there could be a relationship between ibuprofen and fertility in men if it is used in high doses.

Ibuprofen is a painkiller which is available over-the-counter without a prescription. It can ease pain and swelling in a range of common injuries. These include toothaches, migraines and sports injuries, and it can also be helpful in reducing fevers.   Ibuprofen belongs to a group of medicines called NSAIDs (non-steroidal anti-inflammatory drugs). Like the other medicines in this group, there are certain situations where doctors advise against taking ibuprofen. Generally patients who have had a stomach ulcer, heart failure or liver disease should avoid taking ibuprofen. There are also some common side effects to using ibuprofen which include nausea, vomiting, constipation, indigestion, and abdominal pain. The recommended dose of ibuprofen for adults is one or two 200mg tablets every 4-6 hours. Adults should not take more than 1200mg (six 200mg tablets) within a 24 hour period. Taking high doses of ibuprofen is dangerous, as it can result in heart attacks and strokes.

Previous studies have investigated the effect of ibuprofen on fertility

Scientists have already investigated the effect of ibuprofen in women and it is clearly contraindicated after 30 weeks of pregnancy. This is because ibuprofen increases the risk of problems such as heart diseases in the developing baby. More recently, scientists have found that ibuprofen can be harmful even earlier in pregnancy, with a particular effect on female fertility. One study found that women who took ibuprofen during the first three months of pregnancy could potentially reduce their unborn daughter’s fertility. This is because ibuprofen may have an effect on the number of eggs that their daughter would be born with [1. Leverrier-Penna S, Mitchell RT, Becker E, Lecante L, Maamar MB, Homer N, Lavoue V, Kristensen DM, Dejucq-Rainsford ND, Jegou B, Mazaud-Guittot S. Ibuprofen is deleterious for the development of first trimester human fetal ovary ex vivo. Human Reproduction. Internet. 2018. 33(3):482-493. Available from: https://academic.oup.com/humrep/article/33/3/482/4831088]. Scientists need to conduct more research to fully investigate these effects, and currently pregnant women are advised to use painkillers with caution and only when absolutely necessary. They should use these at the lowest dose and for the shortest amount of time possible. In contrast to these studies on the effects of ibuprofen in women, there has been relatively little research into the effects of ibuprofen on men and their fertility.

New research has investigated the link between ibuprofen and male fertility

In this research, Kristensen and his colleagues studied the effects of ibuprofen in men aged between 18-35 years old [2. Kristensen DM, Desdoits-Lethimonier C, Mackey AL, Dalgaard MD, Masi FD, Munkbol CH, Styrishave B, Antignac JP, Bizec BL, Platel C, Hay-Schmidt A, Jensen TK, Lesne L, Mazaud-Guittot S, Kristiansen K, Brunak S, Kjaer M, Juul A, Jegou B. Ibuprofen alters human testicular physiology to produce a state of compensated hypogonadism. Proceedings of the National Academy of Sciences of the United States of America. Internet. 2018. Available from: https://www.pnas.org/content/115/4/E715.full#sec-9]. The team divided the 31 men in the study into two groups, with one group taking ibuprofen at a dose of 600mg twice a day. This dose is commonly taken by athletes to manage aches and pains [3. Locquet M, Beaudart C, Larbuisson R, Buckinx F, Kaux JF, Reginster JY, Bruyere O. Self-Medication Practice among Amateur Runners: Prevalence and Associated Factors. Journal of Sports Science and Medicine. Internet. 2016. 15:387-388. Available from: https://www.jssm.org/letterajssm-15-387.xml.xml] and it is the maximum recommended dose. The second group of men took a placebo. The study was double-blind, which means that neither the researchers nor the participants knew whether they were taking ibuprofen or the placebo. The scientists regularly monitored the men’s hormone levels and took blood samples.

The study showed a change in hormone ratios

The researchers monitored the levels of hormones including luteinising hormone (LH) and testosterone. The body secretes LH from the pituitary gland in the brain, and it regulates testosterone levels. It does this by stimulating the testes to produce more testosterone. Testosterone has many important functions in men including sperm production, muscle development and libido. After 2 weeks, Kristensen and his team found that the men taking ibuprofen had a higher level of LH in their blood than usual, with their levels increasing by 23%. However there was no change in testosterone levels. Strangely these did not increase in line with their LH levels. This meant that the ratio of LH to testosterone had changed, which resulted in a hormonal condition known as ‘compensated hypogonadism’. This meant that testosterone production had fallen, but the body could compensate for this by increasing the levels of LH. Compensated hypogonadism usually develops in middle-aged men and it is linked to obesity and smoking [4. Tajar A, Forti G, O’Neill TW, Lee DM, Silman AJ, Finn JD, Bartfai G, Boonen S, Casanueva FF, Giwercman A, Han TS, Kula K, Labrie F, Lean MEJ, Pendleton N, Punab M, Vanderchueren D, Huhtaniemi IT, Wu FCW. Characteristics of Secondary, Primary, and Compensated Hypogonadism in Aging Men: Evidence from the European Male Ageing Study. Journal of Clinical Endocrinology and Metabolism. Internet. 2010. 95(4):1810-1818. Available from: https://academic.oup.com/jcem/article/95/4/1810/2597149]. The condition can have a number of effects which include erectile dysfunction and loss of muscle and bone mass. It can also result in reduced fertility in men.

In addition to the study above, the researchers also conducted experiments on tissue samples in the laboratory. They used samples of tissue from testicles and exposed these cells directly to ibuprofen. The doses of ibuprofen used in this study were similar to doses normally taken orally. The team found that the cells in the testicular tissue, specifically the Sertoli and Leydig cells, were affected by exposure to ibuprofen. As a result these cells produced lower levels of testosterone than usual. The team also found that the longer these cells were exposed to ibuprofen, the greater the effect was on their testosterone production. They also discovered that these cells had problems with gene expression. This is the process responsible for turning cholesterol into steroid hormones.

Limitations of this study

There are a number of limitations to this study which affect how we should interpret the results. Firstly the study size was very small, as it only included 31 healthy white men. Therefore the results would not necessarily be the same in the general population. Additionally the doses of ibuprofen used in the study were the maximum recommended amount. The majority of people taking ibuprofen would use a much lower dose than this. Furthermore, the researchers investigated the effects of ibuprofen over six weeks of use. This is a much longer length of time than most people would take painkillers for.  These factors imply that the results would not apply to the majority of people who occasionally use ibuprofen over a few days. It is also important to consider that the team only investigated the short-term effects of ibuprofen. Furthermore they did not examine any markers which directly affect fertility, such as sperm count. There is currently no evidence that ibuprofen changes the level of testosterone in men in the long-term, and there is no evidence for any long-term effects on fertility.

This study is an important step towards better understanding the relationship between ibuprofen and fertility in men. However scientists need to conduct further research particularly into the long-term effects of ibuprofen in men. Men who currently take ibuprofen occasionally for pain relief should not be worried by this study, as there is no evidence for any long-term effects of ibuprofen on male fertility. But if you take ibuprofen regularly over longer periods of time, you should discuss this with your GP. There are many options for managing pain including other medicines with less side effects, and physiotherapy. You should discuss these with your GP to identify which options would work best for you.