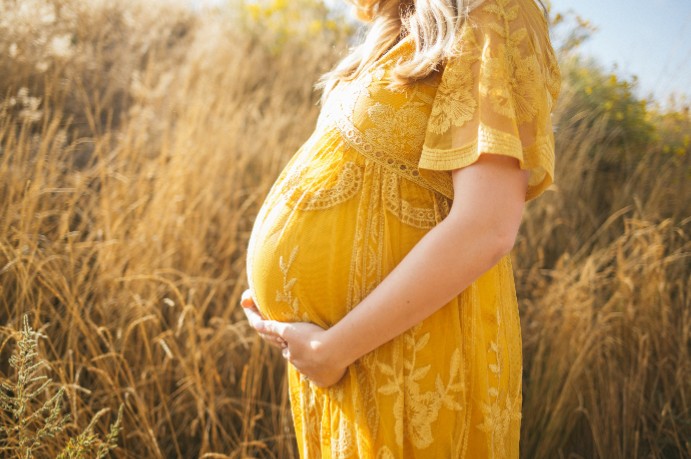 The biological clock in women

A woman is born with all of the egg cells she will ever have. Women reach their peak fertility in their 20s, but after this the fertility clock starts ticking and it really speeds up when a woman is in her mid-30s.

This means that the number and quality of a woman’s egg cells falls with age. So a woman is less likely to become pregnant when she is older. In addition to this, the reduced quality of the egg cells means that it is more likely that a child born will have a genetic abnormality, if a woman is older.

This is currently a major problem, as career and family choices have led to more and more women deciding to have children later in life. But unfortunately by the time a woman decides she is ready to have a child, her fertility might have fallen making it much harder for her to start a family.

This is when fertility treatments like IVF (in-vitro fertilisation) can help. But even the success rates of these treatments fall significantly depending on the age of a woman. This all comes down to the quality of her egg cells.

There is no treatment to improve the quality of a woman’s eggs. Young women can get around this problem by freezing their eggs (you can read more about this here), but this requires planning your fertility choices years in advance.

For women who decide to have a child when they are around 35 years old or older, there is no way to reverse the damage of time on their eggs. Their only option is to use donor eggs from younger women.

But another problem is that even with healthy eggs, fertility treatments are expensive, invasive, and physically demanding. Therefore we need more options which can ideally stop the biological clock ticking and reduce the damage done through ageing. This exciting new study brings us one step closer to this.

The team searched for the batteries for our biological clocks

Professor Hayden Homer and his team suspected that the levels of one particular chemical were important for ageing in fertility. This molecule is called nicotinamide adenine dinucleotide (NAD), and it is crucial in the process of energy generation.

Therefore the team measured the levels of NAD in the egg cells of mice. Female mice experience a fall in fertility from 8 months old onwards, due to a reduction in the quality of their egg cells. These changes are similar to the changes seen in human egg cells in older women.

The team gave the mice a chemical called NMN

To investigate the effects of NAD, the team used a precursor molecule of NAD. This is called nicotinamide mononucleotide (NMN). NMN is used by the cells in the body to create NAD, which can then be used to generate energy.

The scientists used female mice which were 12 to 14 months old. They gave the mice a low dose of NMN (2g/L) in their drinking water for four weeks. The team analysed egg cells from the mice at the end of the study to see if there had been any changes.

What are the results of the study?

Professor Homer and his team found that the levels of NAD were lower in egg cells from older mice, compared with younger mice which were 4-5 weeks old. This was consistent with their predictions.

When older mice were given NMN in their drinking water, the levels of NAD in their egg cells increased. The scientists were particularly impressed with the effects that this had on the fertility of the mice.

The scientists found that quality of egg cells in these older mice was dramatically restored. The mice also had a higher ovulation rate and improved fertility.

Additionally the egg cells of mice given NMN were larger in diameter. This is a good sign, as egg cells with smaller diameters are less likely to be successful in IVF.

The team went one step further and the cells from the mice given NMN went through the IVF process. They had better success rates than the egg cells from other mice which had not received NMN.

There may be an optimum level of NMN

During the study, the scientists carried out a breeding trial. They treated mice which were 13 months old with two different doses of drinking water, 0.5 g/L and 2 g/L for 4 weeks.

They found that the mice which were given NMN experienced a higher number of live births. However, the lower dose of NMN (0.5 g/L) was found to improve fertility in this way.

This means that there may be an optimum dose of NMN which improves fertility. At higher doses, NMN may not be beneficial.

The scientists used NMN in this study, but an alternative to this substance is nicotinamide riboside (NR), which is another precursor of NAD. NR is available in supplements on the market. The team advised women to avoid taking these supplements until more studies have been carried out to clarify its ideal dose.

What do these results mean?

The results show that by giving mice a precursor of NAD, this boosted their fertility. This specifically boosted the quality of their egg cells, reducing age-related damage.

The major drawback of these results is that the study was conducted on mice. Although mice are mammals, we are still some way from seeing if these results will be the same in human studies.

Nonetheless these results are promising. By using chemicals which boost the amount of NAD in the body, doctors may be able to boost fertility in older women in a non-invasive way.

This research shows that NAD may be responsible for the age-related decline in a woman’s fertility. Therefore boosting the levels of this chemical could be a way to help women who are struggling to conceive, by improving the quality of their egg cells.

This could be a cheaper and non-invasive alternative to fertility treatments, and could also work to improve the success rates of these treatments. But a lot more research is needed to clarify whether these effects are the same in humans, and how this can be translated into a medical treatment.