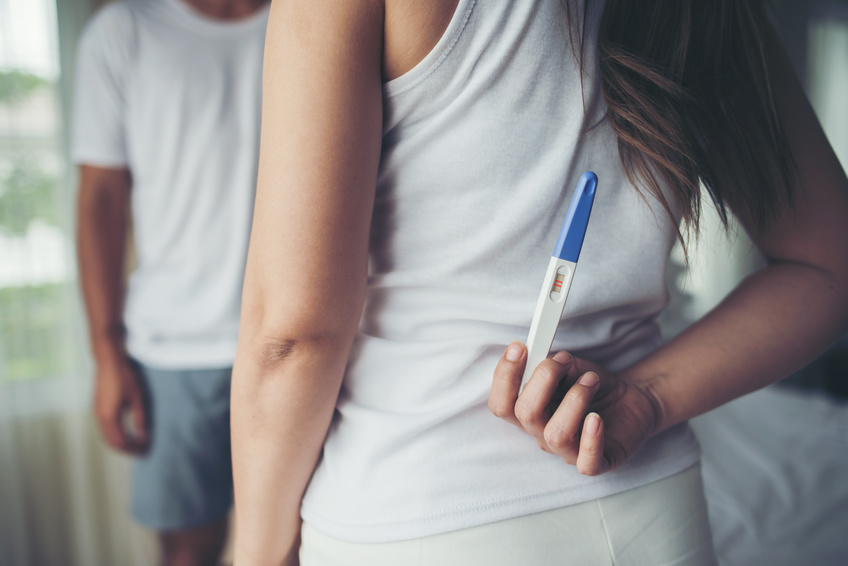 A new study from Australia shows that men whose mothers experienced stressful life events during their first trimester of pregnancy may grow up to have reduced sperm counts in adulthood [1. Bräuner EV, Hansen Å M, Doherty DA, Dickinson JE, Handelsman DJ, Hickey M, Skakkebæk NE, Juul A, Hart R. The association between in- utero exposure to stressful life events during pregnancy and male reproductive function in a cohort of 20-year-old offspring: The Raine Study. Human Reproduction. 2019. 34(7):1345-1355].

Why are the first few months of pregnancy so important?

The first trimester of pregnancy is particularly important for the developing fetus because this is when the male reproductive organs are at their most vulnerable stage of development.

Males have one X chromosome and one Y chromosome, and females have two X chromosomes. Up until around weeks 7 to 8 of pregnancy, there is no difference in the reproductive tissue between males and females.

At around the 8th week of pregnancy, a gene on the Y chromosome sends a signal to start producing testosterone. This triggers the fetal tissue to start developing into the testes in males.

The team recruited almost 3000 pregnant women to take part in the study. This took place between May 1989 and November 1991 when these women were in their 18th week of pregnancy. The women filled in standardised questionnaires at 18 and 34 weeks of pregnancy.

The questionnaire had ten points and it asked the women about any stressful life events which had occurred in the last four months. These events included the death of a close friend or relative, separation or divorce, marital problems, problems with children, their own involuntary job loss, money problems, pregnancy worries and moving house. The answers to these questions were limited to ‘yes’ or ‘no’ responses.

2868 children were born to the mothers in the study, and 1454 of these children were boys. When the boys reached the age of 20 years old, the 643 men still in the study underwent a testicular examination. This consisted of an ultrasound examination of the scrotum to assess the testicular volume. The men also gave semen samples to measure the health of their sperm, and blood samples to measure their levels of reproductive hormones.

These men also had lower testosterone levels than men who had not been exposed to any stressful events. However the same effects did not occur in men who were exposed to stressful life events in late pregnancy. Only stress during early pregnancy had these effects, which supports the idea that the first trimester is an important time for the development of the male reproductive organs.

The team also found that there were certain types of stress which had the worst negative impact on the future fertility of male offspring. These sources of stress related to their mothers being worried about problems with their children or having worries about the pregnancy.

This could explain a lot about recent fertility trends

In recent years fertility in men has been declining across the world, particularly in developed countries. The researchers believe that stress during pregnancy could be one reason for this problem.

There are many other factors which are to blame for this decline in fertility. These relate to modern lifestyles and they include obesity, smoking, and having an unhealthy diet. While stress is not necessarily the reason for fertility problems by itself, when combined with these other factors it could become very important, and it may increase the risk of infertility in adulthood.

What do these results actually mean?

The team found an association between stress in early pregnancy and male fertility measurements in adulthood. But this study does not prove that stress caused these outcomes. More research is needed to clarify these results and find out the exact mechanism behind them.

This study is an important step forward

In the past, animal studies have shown that stress during pregnancy can affect male reproductive health. However there has been little research done in humans to examine this link, which is why this study is crucial to understanding this relationship better.

This is the first study which follows a group of people over a period of time and investigates the links between exposure to stressful life events during pregnancy and male fertility in young men. Furthermore, this is the first study to investigate this link by measuring direct indicators of male reproductive function including semen analysis and male hormone levels such as testosterone.

The results of this study are also significant because scientists made sure they adjusted their findings to take into account factors which could affect the outcomes. These factors included the mother’s BMI (body mass index), socio-economic status, and whether the mother had previously had children.

Another positive aspect of this study is that it included a large sample of mothers and sons. The information was also collected in a way to reduce the level of bias and errors by asking the women about stressful life events at two separate points in time. The team also measured male reproductive function thoroughly using different methods relating to semen, blood and ultrasound, which improves the accuracy of their results.

Criticisms of the study

Two people could experience the same stressful event but react to it in very different ways, and this is determined by their coping mechanisms and how well these work. This in turn may affect the levels of the stress hormone in the body which is called cortisol. Therefore the team should have ideally taken into account the women’s own perception of these stressful life events. This would have been a more accurate indicator of the level of stress that the women were experiencing.

Additionally, the team asked the women about a range of different stressful events in their questionnaire. While some of these were specific such as ‘divorce’, others such as ‘problems with children’ were vague and could include a range of problems including school, exams and friendships. To better understand the women’s experiences, it would have been beneficial to ask for more details on the exact type of stress in order to identify ways to better support women in the future.

Future implications of this study

However it is particularly crucial that women have enough support during the first trimester. This can be a scary time for any new mother, but this new research suggests that this time is critical for male fertility in adulthood.

Overall, this study should be another reminder for men that their fertility and general health are closely linked. Although this study examines maternal stress, stress in men’s own lives is also an important factor to keep an eye on when trying for a baby. By maximising their mental and physical wellbeing, men can improve their fertility and their chances of becoming a father more quickly.