The pregnancy age of 40 is considered highly significant for family planning. It is widely believed that pregnancy is no longer possible after this age.

This is not entirely correct. With today’s rapidly advancing artificial fertilisation technologies there is astill a realistic chance of pregnancy over 40. Conversely, the probability of infertility can begin to increase in women as young as 20.

Likelihood of pregnancy depending on age

The reason: Not all biological conditions are as good as they were at aged 20. The following chart shows how the probability of a pregnancy falls as a woman’s age increases

Probability of infertility and a woman’s age

Conversely does the probability of infertility increase as a woman’s age increases. The probability is shown as a percentage in the following chart:

It is important for women over the age of 30 to plan their pregnancy and improve the probability of having a child.

Around 85% of all women in Europe have folic acid deficiency due to an undersupply in their diet. This has the effect that that the likelihood of spina bifida (which literally means a split spine) is approximately increased by 400%.

Doctors advise women to take targeted nutritional supplements when planning the pregnancy. If a woman is already in her sixth week of pregnancy, it is possible that folic acid deficiency has already caused irreversible damage to the spine of her foetus. 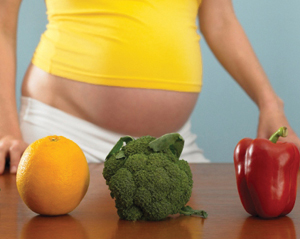 Find out which micro nutrients are most beneficial for female fertility

The chances of becoming pregnant can improve with the following measures: